This page is for the playable Engineer. Click to view Nathan, your teammate.

The Engineer seem to be designed around the idea of mediocrity — not too strong, not too weak. His weapons may be not the best in the DPS departament, yet still hit for considerable amounts, with okay (for SMGs) to good (for Assault Rifles) accuracy, which helps scoring headshots. He also can support both his team and himself with mechanical killstreaks. Standing behind a turret and blazing away is what the Engineer does best. 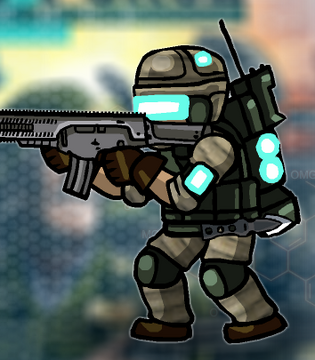 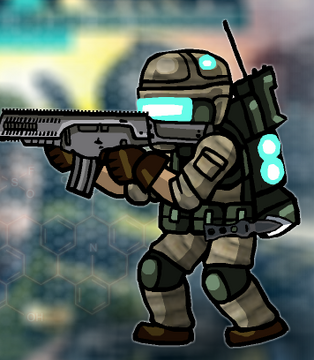 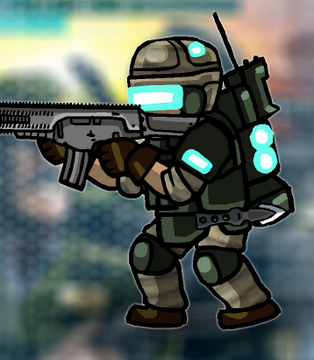