This is for the playable General. Click to view West, your teammate.

The General has a High Risk- High Reward gameplay, sacrificing range and health for extremely high damage at close range. He uses powerful short range weapons like Dual Magnums and Shotguns. When playing him you should expect getting a lot of kills quickly but also dying often.

He is a new class to the series, taking some elements from the Medic from SFH1 like Magnum revolvers (although the General utilizes dual magnums and not a single one) and support killstreaks.

His weapons can deal extremely  high damage per second (taking down even fully armored juggernauts in only 1-2 seconds) at the cost of very short range and low ammo.  He also has a very high critical chance (50% at level 50) which further improves his damage.

Another advantage he has is the Full Auto skill that makes every weapon fully automatic without having to click multiple times. This skill is amazing with  semi-auto weapons like Magnums, Pistols and the KSG shotgun and is also great at challenges like Pacifism or Wizards In Space.

His killstreaks are pretty unique as they affect the whole team and not just you, and are great for supporting your teammates in  Campaign missions. They can be pretty decent when you are alone too (like in Deathmatch) though not as effective as the Mercenary's killstreaks.

His main drawbacks are bad stats. While he has high criticals, his other stats are very poor. He is very squishy with the 2nd lowest Health of every class (160 at level 50, only slightly higher than the Sniper) which makes him a glass cannon type of character. He also has the lowest aim stat of every class (70% at level 50) which makes him ever worse at long range. His ammo stat is pretty low as well (160% at level 50, 2nd lowest after the Sniper) though you'd usually die before your ammo runs out anyway. 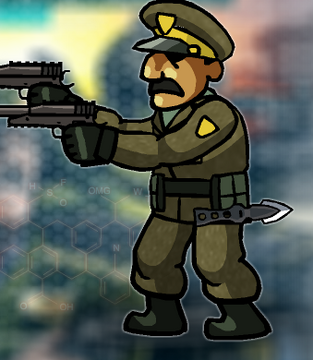 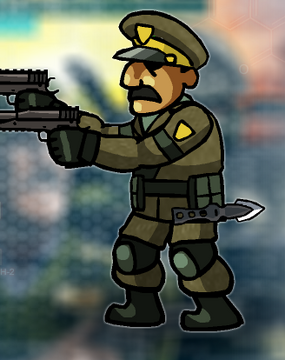 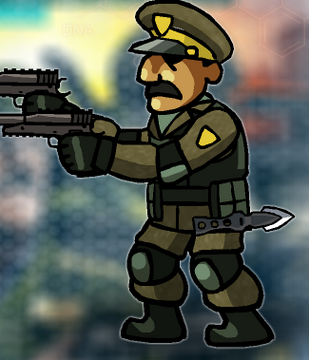