This page is for the Juggernaut soldier/class, who dominates the field with his size. Click to view Tower, your teammate.

The Juggernaut is a high armor and high health character, who uses short range weapons such as shotguns. Being a remake of the Tank class of Strike Force Heroes 1, he is basically the same: the Meat Shield that goes in up close to eliminate targets. His play style is to sneak up at an enemy and quickly dispatch him, or to walk in front of an ally to shield him from some damage. However, as Juggernaut can't fight effectively beyond close range, he has high chances of dying the quickest against long range weapons.

Juggernaut has the highest health out of every class (peaking at 300), but the lowest chance to deal a critical hit. It also has the second lowest aiming stat, the lowest belonging to the General. Its ammo stat is second only to the Mercenary. 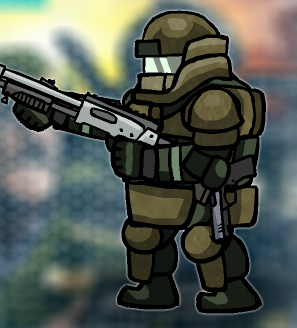 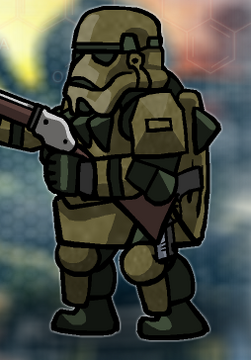 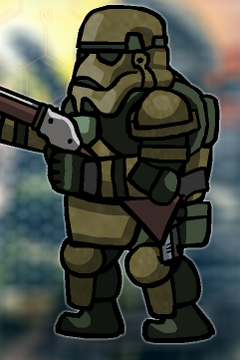